Another Covid-19 Calamity – More Deaths Due To Hepatitis C Infections
“When the breakthrough medications to cure hepatitis C were launched back in 2014 and 2015, the companies that launched the first drugs, Gilead and AbbVie weren’t praised for this major scientific advance. Rather, they were vilified for their high list prices.”

Hepatitis C Diagnosis: Simplified Solutions, Predictive Barriers, and Future Promises
“The simplification of current hepatitis C diagnostic algorithms and the emergence of digital diagnostic devices will be very crucial to achieving the WHO’s set goals of hepatitis C diagnosis (i.e., 90%) by 2030. From the last decade, hepatitis C diagnosis has been revolutionized by the advent and approval of state-of-the-art HCV diagnostic platforms which have been efficiently implemented in high-risk HCV populations in developed nations as well as in some low-to-middle income countries (LMICs) to identify millions of undiagnosed hepatitis C-infected individuals.”

Opioid Agonist Therapy Linked to Increased HCV Treatment Rates in People Who Inject Drugs
“Opioid agonist therapy (OAT) in people who inject drugs was found to be associated with an increased likelihood of treatment initiation for concomitant hepatitis C virus (HCV) infection, according to the findings of a large Canadian retrospective longitudinal cohort study published in Clinical Infectious Diseases.”

Review Discusses Growing Problem of Alcoholic Liver Disease
“The problem is growing: in a study of a little more than a million US hospitalizations for chronic liver disease between 2012 and 2016, the proportion of ALD-related hospitalizations surged from 19.4% in 2012 to 37.7% in 2016. Hospital costs and mortality for ALD is higher than for hepatitis B and hepatitis C, the authors noted.” 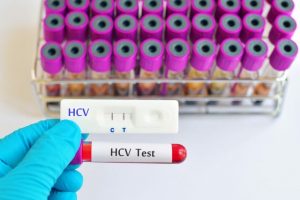 Sofosbuvir With Velpatasvir for HCV Effective, Well Tolerated Regardless of Cirrhosis Status
“Sustained virologic response at 12 weeks was achieved by sofosbuvir/velpatasvir dual therapy among most study patients with hepatitis C virus (HCV) infection, irrespective of cirrhosis status. These findings were published in BMC Gastroenterology.”

New WHO guidelines recommend offering self-testing for hepatitis C virus
“WHO set a goal to eliminate HCV as a public health problem by 2030 in its Global health sector strategy on viral hepatitis (2016–2021), with targets to diagnose 90% of those with HCV and to treat 80% of those diagnosed.” 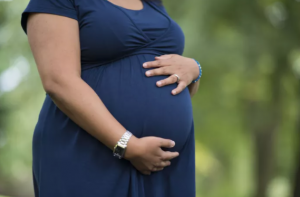 What to Know About Hepatitis and Pregnancy
“Hepatitis and pregnancy is a complicated topic because there are many different types of hepatitis. Hepatitis just means any disease that causes inflammation of the liver. It can be caused by a virus or a noninfectious cause.”

Sure Signs You May Have Liver Damage, Says Expert
“According to the Centers for Disease Control and Prevention, 4.5 Americans are diagnosed with liver disease, resulting in 44,358 deaths annually. Per the National Institutes of Health liver disease includes diseases caused by viruses, such as hepatitis A, hepatitis B, and hepatitis C, diseases caused by drugs, poisons, or too much alcohol (fatty liver disease and cirrhosis), liver cancer, and even inherited diseases, such as hemochromatosis and Wilson’s disease.”

Browse through posts below