An Overview of Hepatitis C

Are you part of the Elimination movement?

Get Tested! Get Cured! 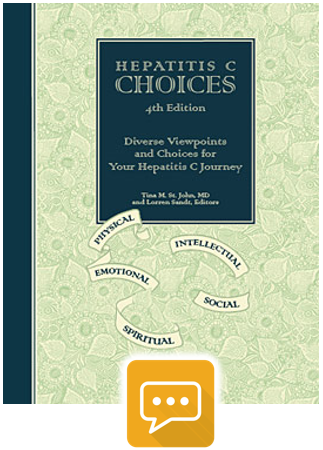 Information in this section has been updated and adapted from Hepatitis C Choices 4th Edition, Overview of Hepatitis C written by Dr. Robert G. Gish, MD. 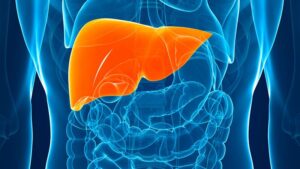 Hepatitis means inflammation of the liver. The liver is a vital organ that processes nutrients, filters the blood, and fights infections. When the liver is inflamed or damaged, its function can be affected. Heavy alcohol use, toxins, some medications, and certain medical conditions can cause hepatitis. 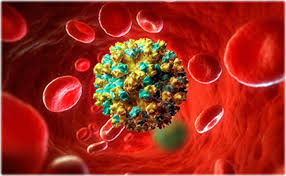 Hepatitis C is also known by  hepatitis C virus (HCV). The virus that lives in blood and mainly attacks the liver. Many people do not know that they have HCV because there are few noticeable symptoms. If HCV is left undiagnosed and untreated, it can cause additional diseases like cirrhosis and liver cancer. There are simple, inexpensive diagnostic tests to identify the presence of HCV.

Unlike many chronic viruses, hepatitis C is curable with antiviral treatment.

Most people acutely infected with HCV are asymptomatic meaning they do not have any symptoms of disease. However, 25% to 35% of infected people experience a mild illness with vague and nonspecific symptoms.

Fifteen percent to 45% of people infected with HCV appear to clear the virus on their own without developing any secondary condition or result from the infection. Experts believe clearing the virus is at least partially related to the amount of virus in the initial infection.<3-6  Other factors are also likely to be involved. The process of spontaneous clearance is not well understood, and is an area of active medical research.

If your body does not rid itself of HCV within six months after infection, you are considered to be in the chronic phase of hepatitis C.

The course of chronic phase hepatitis C is usually that of slow disease progression. Most people have no physical signs or symptoms of HCV infection during the first 10 to 20 years after infection. Some have only vague, mild symptoms that come and go without presenting much difficulty.

The rate of disease progression in chronic hepatitis C differs from one person to another. The rate at which a person’s hepatitis C will progress cannot be accurately determined by the liver enzyme levels, viral load, or HCV genotype.7,8 It has been noted that people with normal liver enzymes and low viral load usually have milder liver disease with lower-grade liver inflammation. However, even these people occasionally develop fibrosis or cirrhosis. The inability to accurately predict disease progression makes it difficult for healthcare providers to identify people who are most likely to benefit from treatment.

How is Hepatitis C Transmitted

HCV is transmitted from one person to another through blood-to-blood contact. In other words, a person is infected with the hepatitis C virus only if their blood system comes into contact with another person’s HCV-infected blood.9 Blood ­to-blood contact occurs in a variety of ways, some very obvious and others you may not have considered.

Examples of blood-to-blood contact that can lead to HCV transmission include:

Sexual Intercourse and Other Sexual Activity

CDC states there is no evidence of HCV transmission associated with oral sex.

In general, most experts agree that sexual transmission of HCV through intercourse plays a role in the ongoing spread of the disease, but that this route of transmission is uncommon overall.

If you have any questions about the sexual transmission of hepatitis C, talk with your doctor. All people, regardless of health challenges, are sexual beings and your doctor understands that sexual health is an important component of your overall health.

The hepatitis C family of viruses is divided into groups called genotypes. There are 6 known genotypes and more than 90 subtypes of the hepatitis C virus.13 The types are numbered 1 through 6, and the subtypes are labeled a, b, c, and so on, in order of their discovery.

Genotype testing is an important part of standard, western medical care for people with HCV infection who are being counseled about treatment. The reason is that researchers have found certain strains of HCV are more likely to respond to treatment than others are. Further, some strains respond more quickly than others do and require a shorter treatment interval. The majority of Direct acting antiviral therapies being used today are useful on all genotypes (pan-genotypic). However, it is still important to know the genotype and subtype of HCV with which you are infected. If you are infected with one of the strains that is hard to treat, your healthcare provider may advise a longer than normal course of treatment to see if you might eventually respond.

You may hear the term quasispecies in relation to HCV genotype. Quasispecies occur because HCV mutates freely, causing diverse genetic strains in each infected person. The longer you have been infected with HCV, the more likely you are to have a number of quasispecies of HCV in your body. One small study found changes in quasispecies were associated with levels of the liver enzyme ALT during the acute phase of infection. This finding suggests that the formation of quasispecies might be related to the severity of HCV infection.14 Additional research is need to clarify the role of quasispecies in hepatitis C disease management and treatment.

No studies are available to date showing that genotype influences symptom or disease response to complementary and alternative medicine (CAM) treatments. Further, there are no data to date proving that CAM therapies cure HCV disease (that is, clear the virus from the body).